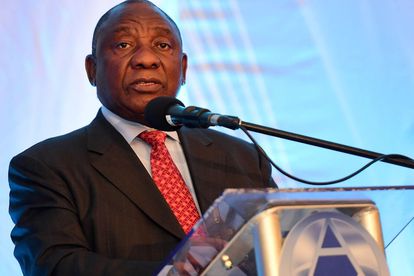 President Cyril Ramaphosa said that there was no indication that the two days of rain in KwaZulu-Natal could lead to so much destruction. More than 400 people lost their lives to the torrential rains and flooding of the province.

Ramaphosa says the amount of rain was unpredictable

The President said that no one could have predicted that there would be as much as 300mm of rain in KZN in two days.

“I think as the rains were coming down and as we could read the weather indicators, we didn’t even begin to imagine that we would have up to 300mm of rain in two days. In SA we usually get about 464mm on average in the whole country and KZN gets slightly more but no one ever really predicted that it would have been as much as 300mm in such a short space of time,”

Ramaphosa was responding to a question about whether warnings could have saved lives in the flood-ravaged province. The President was hosting the fifth session of the South Africa-Botswana binational commission in Pretoria just before the weekend.

He thanked the people on the ground who were recovering bodies and assisting those in need. The president also made note of ministers and officials who are in KZN.

He further thanked soldiers, police officers, social workers and health workers who have gone out of their way to assist. Ramaphosa went on to state that SA will move forward and overcome the tragedy, reports SowetanLIVE.

“This has come as a real setback for us because there is infrastructure rebuild and there is reconstructing the lives of people and relocating them. But we are South Africans, we will get over this as much as it is a setback and a very sad one for that matter,” said Ramaphosa.

Climate justice activists have opened a case of culpable homicide against President Cyril Ramaphosa. The president’s name is not the only one in black and white as ministers and other government representatives have been named.

This follows the deaths of over 400 people due to the floods in KwaZulu-Natal (KZN). The activists are arguing that the disaster could have been avoided had the government implemented adaption and mitigation strategies.

The Climate Justice Charter Movement opened the charges. The case was opened at the Mayville Police Station on Thursday, 14 April, at 11:00.  Read the full story here.