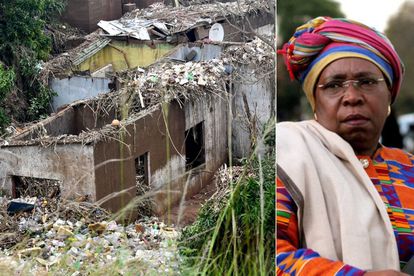 300mm of rain, thousands of homes destroyed and lives lost in the KZN floods

NDZ said that the province battled through over 300mm of rainfall in 24 hours. The torrential rains resulted in flooding and more than 400 people lost their lives. 4,000 homes were destroyed while 9,000 homes were partially damaged.

Over 40,000 KZN residents have been left destitute. NDZ explained that the declaration of a National State of Disaster will assist with the coordination and integration of the Government’s response efforts and rebuilding programmes.

What is the District Development Model that Government is using?

The Minister described the District Development Model approach and how it will assist in Government’s response to the disaster.

“This (the District Development Model) will ensure that the required action is taken within each district to address the immediate needs of those affected, as we continue to work to ensure that all affected persons are safe and that their basic needs are met. National ministers, premiers, MECs and mayors will also provide regular updates to the nation on interventions being undertaken in managing this disaster.”

While the extent of the damage in KZN could only be estimated, proper data could be given only after quantity surveyors, engineers and other teams complete their assessments.

Thousands have been displaced from their homes due to the floods. The Minister shared that vouchers will be available for residents whose homes were partially damaged. This will be done so that rebuilding efforts can begin without having to wait for Government.

Residents whose homes were destroyed and were moved to shelters will be transferred to temporary homes. NDZ said that the temporary homes will be constructed as soon as possible.