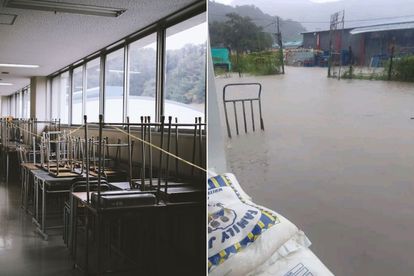 The number of schools damaged by the recent floods that rocked KwaZulu-Natal (KZN) last week has increased to 551.

About 98 schools were severely affected and will need mobile classrooms when schools open while others require cleaning and minor repairs to resolve the situation.

During a media briefing, KZN Premier, Sihle Zikalala said the severe cases will be dealt with through the implementing agent intervention.

Zikalala said the KZN Department of Education will unveil plans to ensure that schooling return to normal when schools reopen and relevant contingency measures.

Last week the KZN Department of Education said schools affected by the floods will be closed until Tuesday, 19 April 2022.

“In some areas it is extremely dangerous to access schools. Pupils and teachers are forced to cross high levels of water.  We have therefore decided to provisionally close down all affected schools until Tuesday, 19 April 2022 as we continue to monitor the situation across the province.

“In the meantime, we are in the process of developing contingency plans to mitigate the impact of the floods and provide short-term measures while the water hopefully subsides.”

There are still road closures, thus isolating, or increasing the time required, via alternate routes, to travel to hospitals, schools, shops, clinics, and areas of work.

Zikalala said there is progress on clearing mudslides, opening roads by clearing the debris and fixing sinkholes.

The estimated cost for road infrastructure damages is preliminary sitting at R5.6 billion and includes 1369 infrastructure projects across the province.

“Short term interventions include identifying locations where access has been completely lost due to existing crossings being washed away.

“These will be replaced with bailey bridges which will be implemented by SANDF. The Department of Public Works has confirmed that SANDF will deploy 6-10 teams that will build one bridge each. This will take duration of 3-months with job opportunities of 40-60 people per bridge.”