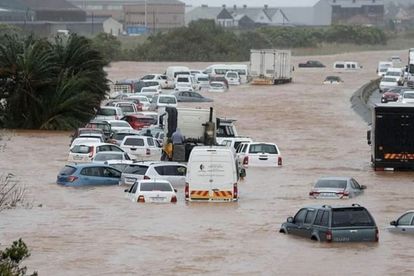 The eThekwini Municipality has come out guns blazing against claims that water in the metro isn’t safe for human consumption.

There had been concerns on social media about the recent floods in KwaZulu-Natal (KZN) having affected water infrastructure and thus, apparently resulting in poorer water quality in eThekwini.

The recent floods have caused extensive damage to all kinds of infrastructure in parts of the province, but government has vowed to prioritise their repairs. This also includes repairs to the Durban Height water treatment plant.

At least 435 people have lost their lives in the disaster and more than 50 others remain unaccounted for. Recovery efforts have been ongoing since the floods several weeks ago.

Doctors without Borders had similarly raised concern about the lack of clean water in eThekwini and other parts of KZN, following the floods. It claims peoplein the municipality faced a critical shortage of clean water and adequate sanitation. eThekwini is considered one of the areas worst impacted by the heavyb downpours.

“The city remains in crisis 10 days after the storm and it is now primarily a crisis of water and sanitation to hospitals, clinics and communities. Failure to get this right could spell a deepening health crisis characterised by waterborne disease,” the organisation’s Monica Genya is quoted as having told EWN.

YOU CAN ALSO READ: KZN water: eThekwini shares tips on how to avoid waterborne illnesses