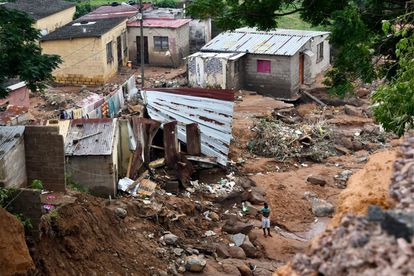 The Ahmed Kathrada Foundation wants Government to ensure that funds allocated to the KZN floods are not misused or stolen. The Foundation shared a statement regarding the public funds that were misused during the COVID-19 pandemic.

It further called on those in power to use the KZN floods disaster to regain the trust of the public. Distrust became rife at the height of the COVID-19 pandemic when public funds were not used for their intended purposes.

Trust in the ruling government dropped significantly during this time. The Foundation noted that there are likely to be significant public tenders for the reconstruction efforts in KZN.

“There are likely to be significant public tenders for such reconstruction efforts which unscrupulous business entities will want to exploit. This is where business criminals and looters will be focused on in the hope they will personally benefit. We cannot let the COVID-19 and state capture experiences go without learning from them,” the Foundation said.

Calls have been made for Government to be transparent

Executive Director at the Ahmed Kathrada Foundation Neeshan Balton said that all procurement must be made transparently., where possible.

“Regular reports on expenditure and tender allocations must be made available and the relevant legislature committees must be capacitated to do their oversight work over government departments,” said Balton.

The Foundation reiterated that the rebuilding programme should be used to start a process of a transparent, cost-effective, participatory government.

“‘Trust is earned’ is a well-known dictum and this is an opportunity for Government to start earning it by doing what is in the interest of the people of KZN and not for the bank accounts of a few.”

The Foundation went on to share its heartfelt condolences to families in KZN who lost their loved ones to the flooding.

No Petrol in KZN As Major Oil Companies Suspend All Operations

Operations Director of PTA Group Kay Chetty revealed that all major oil companies have suspended operations. Due to the torrential rains and heavy flooding in KwaZulu-Natal, operations had to be stopped. Many petrol stations in the province have run dry.

The extensive damage to infrastructure like roads, water and electricity has not allowed operations to continue. The statement released revealed that Bayhead Road, the main access to all fuel depots, has been closed. Read the full story here.