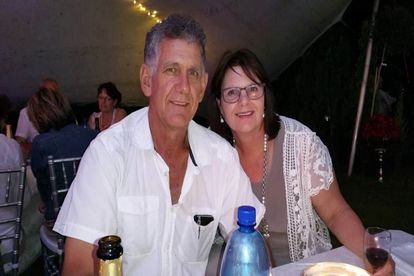 Nearly a year to the day Glen and Vida Rafferty were murdered on their farm in KwaZulu-Natal (KZN), police have managed to put the handcuffs on a fourth suspect, IOL reports.

According to the publication, 33-year-old Sibongiseni Emmanuel Madondo was charged for the murders and armed robbery and had appeared before the Newcastle Magistrates Court on 23 August 2021.

He has been remanded in custody until 30 August, which will mark exactly one year since the couple’s bodies were discovered on their farm.

It comes as Police Minister Bheki Cele announced in his quarterly crime stats, that 181 attacks on farms and small-holdings occurred between April and the end of June 2021. 119 of the incidents were robbery related, resulting in 15 murders.

The Raffertys were shot dead on their farm in Normadien, near Newcastle back in August 2020. They had just returned home from having dinner with friends when they were attacked. The perpetrators then fled the scene in the couple’s vehicle, which was later recovered. The heinous crime shook the farming community in that area and also sparked calls for stronger mechanisms to fight farm murders.

“He will now join his co-accused Siyabonga Macu (30) and Doctor Fikani Ngwenya (20) who are still in custody. They were arrested in October 2020 and the case against them was remanded to 17 January 2022,” South African Police Service (SAPS) spokesperson Brigadier Jay Naicker said.

One person has already been convicted for the couple’s murder: 33-year-old Sizwe Tell Zwane was sentenced to ten years imprisonment on one count of robbery and received 25 years imprisonment each for both counts of murder. He will serve his sentence concurrently.

“We wish to commend the investigating officers who have been painstakingly investigating this case since August last year. They have continued to persevere and remain committed to ensuring that all the perpetrators are eventually behind bars,” KZN Acting Provincial Commissioner Major General Thulani Gonya said.