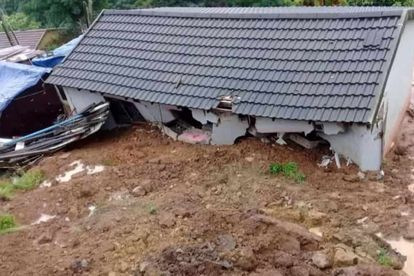 The KwaZulu-Natal floods, which began on Monday, have resulted in widespread damage and loss of life.

As the torrential downpour, which first drenched the region over the Easter period, begins to subside, the deadly toll of flash-flooding and mudslides serves as a stark reminder of nature’s unforgiving power. The death toll, which stood at 32 on Tuesday night, has risen sharply as disaster relief efforts continue to recover bodies which have been trapped under debris.

KwaZulu-Natal Cooperative Governance MEC, Nomusa Dube-Ncube, has confirmed that the death toll is expected to rise even higher, as rubble rescue operations spread to rural areas. According to Dube-Ncube, who spoke to eNCA, at least several local residents are still unaccounted for. Rescue and recovery operations are expected to continue in Durban and surrounding settlements on Wednesday.

On Wednesday morning, President Cyril Ramaphosa arrived in KwaZulu-Natal to assess and review all disaster management operations in the area. Upon his arrival, the President offered his condolences to those affected by the flooding, saying:

“Our thoughts are with the affected communities in KZN and Eastern Cape. I urge those living in the affected areas to take extra caution in this period.”

According to Dube-Ncube, the eThekwini Municipality has been hardest-hit by the natural disaster, with most of the deaths and damages reported just southwest of Durban. Low lying communities and settlements near river banks have suffered catastrophic losses.

Dube-Ncube also noted that, in addition to the fatalities, hundreds of KwaZulu-Natal residents have been left homeless due to the destructive nature of flash-flooding. Emergency shelters have been implemented in and around Durban, while some displaced families have been forced to seek refuge with friends and relatives.

Medical services in the region have also been inundated with patients injured as a result of the flooding. Structural collapses and hazardous road conditions have left at least 42 people seriously injured.

While the worst seems to be over for KwaZulu-Natal, interior provinces are expected to receive a lashing of rain throughout the course of the week.