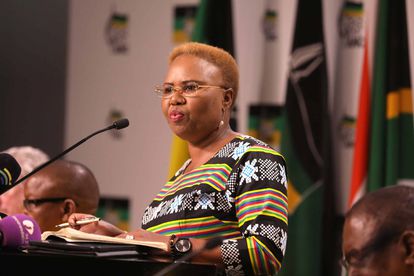 The KwaZulu-Natal Department of Social Development (DSD) has taken action against some officials who were implicated in the R22 million blankets saga.

Social Development Minister, Lindiwe Zulu confirmed that disciplinary action has been taken against 9 and they are suspended.

Zulu said that the reports recommended disciplinary action against all implicated Officials.

“Out of 12 implicated officials, nine are on suspension with pay. One Official resigned, one passed on.

“Out of nine implicated officials, one official could not be charged due to lack of evidence. Eight implicated officials were served with charges and appeared before the Presiding Officer. One case has been finalised, seven cases are under sub judice,” she said.

In July 2020, allegations that the COVID-19 pandemic was used to loot state coffers.

New reports have surfaced alleging that corruption is the order of the day in the KwaZulu-Natal Department of Social Development. Whistleblowers have implicated employees and officials in the R22 million blankets saga and other corruption.

KwaZulu-Natal Department of Social Development spokesperson, Mhlaba Memela said that it is sad that they find themselves responding to such questions based on a letter that has no evidence and aims to tarnish people’s names.

“It is not the first time that such serious allegations have been levelled against DSD employees through individuals who claim to be whistleblowers. These letters started making rounds in the past year. We are unaware of some of the allegations that are in the letter and we regard them as false.

“It is false that each and every employee in our department benefitted from the contracts in question of which the SIU is still investigating.