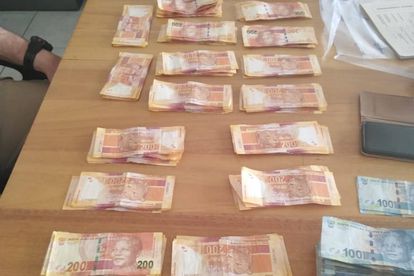 This guy is no smooth operator, that’s for sure: A 42-year-old man ended up doubling his family’s troubles this week, after he attempted to bribe a police officer – by offering him R50 000 to avoid prosecuting his brother-in-law.

The bribery suspect was caught out in an undercover sting, and efforts to buy his way out of trouble fell hilariously short. The KZN local thought he could circumvent the law, after his sister’s spouse was initially charged with stealing oil and ‘tampering with essential infrastructure’. As you can tell, it’s a family with a questionable moral compass…

Anticipating some sort of pushback in the arrest of the brother-in-law, a Newcastle-based Hawks team prepared a set-up – and the suspect walked right into their trap. After the money had exchanged hands, the detective involved revealed the nature of the rouse, and our calamitous crook was arrested on the spot.

He was charged with corruption on Friday, and later on Monday, he will be in the dock at the Newcastle Magistrate’s Court. Crime certainly did not pay on this occasion, and the Hawks played this suspect like a fiddle. Job well done, guys…

“It is alleged that the suspect is a brother in law of the accused who was charged for tampering with essential infrastructure and theft of crude oil. He allegedly offered cash to the investigating officer in order to stop opposing bail.”

“An undercover operation was planned and executed. He was caught immediately after paying R50 000 in cash to the police detective. The suspect was subsequently arrested and charged for corruption.  He is expected to appear in the Newcastle Magistrate’s Court today.” | SAPS Eastern Cape statement