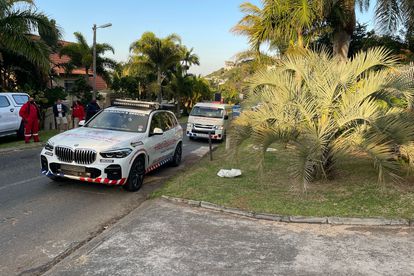 A home in Ballito, KwaZulu-Natal (KZN) caught fire on on Sunday morning, 3 July 2022, while the residents were away.

This is according to Medi Response in KZN, which responded to the scene of the blaze. At this point it isn’t clear what exactly led to the fire, but this will likely be investigated.

Neighbours in the plush Ballito suburb also freed the dogs that were on the property from the flames, in addition to calling for help from the relevant authorities.

“Medi Response crews are currently standing off at a house fire in Ballito. Neighbors were alerted to the drama a short while ago and Medi Response was called for assistance. Neighbors managed to free dogs that were on the property. Reports indicate that the residents of the property are away for the day,” Medi Response said.

“Just after 16h30 on Wednesday Emer-G-Med paramedics responded to the scene of a house fire in Glen Place in the Mosley Park area, west of Durban.

Reports from the scene are that an elderly female was declared dead on arrival of paramedics after suffering fatal burn injuries when her home caught fire,” part of the report read.

Emer-G-Med went on to state that the blaze, which its cause is unknown, was extinguished by members of the Ethekwini Fire and Rescue services.