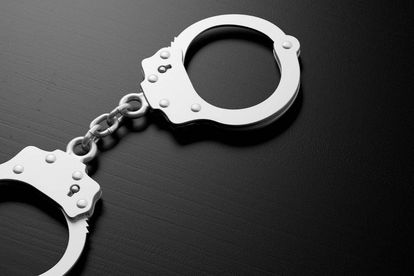 KwaZulu-Natal (KZN) police have arrested seven suspected armed robbers who were caught red handed in a traditional healer’s house while for cleansing and protection in KwaDukuza.

The suspects had allegedly robbed a business on Monday at the Upper Tugela in Bergville. Police received a tip-off and proceeded to the traditional healer’s homestead in KwaDukuza where they spotted the said vehicle and approached the suspects.

The suspects allegedly stole the cash and drove away in their gateway vehicle. The matter was reported to the police and a case of robbery was opened for investigation.

“A 9mm pistol and folded packet from a security company were recovered at the traditional healer’s place of residence. Further investigation led the police divers to the nearby river where one firearm was found and another firearm was found in the bushes close to the same river.”

Mbele said the suspects may also be linked to two robberies, which took place in Ladysmith and Winterton in KZN.

“It is alleged that on 5 July 2021 at 12:35, a group of armed men entered a shop on Springfield Road in Winterton and demanded cash and cellphones from the employees. At gunpoint, they removed cellphones and an undisclosed amount of cash before they fled in their gateway bakkie. A case of robbery was opened at the Winterton police station for investigation.

“The third incident took place on 5 July 2021 at 17:50, as security guards were travelling along the R616 when an unknown vehicle blocked their path of travel. The occupants of the said vehicle shot at the security vehicle and as a result, three tyres burst. The suspects instructed the security guard to open the door and deprived him of his service firearm.

“The security guard heard a loud explosion and he observed the suspects removing cash from the vehicle. Thereafter suspects sped off in their getaway vehicle with an un-disclosed amount of cash. A case of robbery was opened at Ladysmith police station for investigation.”

The arrested suspects aged between 30 and 40 will appear in court soon, facing charges of robbery and illegal possession of firearms.