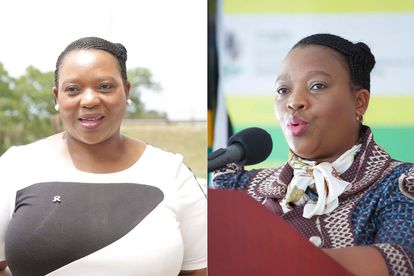 KZN Finance MEC Nomusa Dube-Ncube was recently announced as premier-elect but why did the other top officials decline the post? Photo: Cogta KZN / Flickr

KZN Finance MEC Nomusa Dube-Ncube was recently announced as premier-elect but why did the other top officials decline the post? Photo: Cogta KZN / Flickr

The KwaZulu-Natal (KZN) African National Congress (ANC) says it’s been long overdue for the province to have a premier who is a woman.

ANC believes they are ‘way, way, way’ behind on appointing a woman as premier

On Monday, 8 August, Deputy Provincial Chairperson Nomagugu Simelane spoke about the party being behind time on having a woman as premier.

“We are way, way, way behind time on that. The province of KwaZulu-Natal, we really needed at some point to make sure that our female leaders are given the opportunity to lead, they have the capacity,”

Other officials indicated they were not ready for the position

Reports have, however, revealed that the top five officials and Chairperson Siboniso Duma in the province did not want to take the position of premier.

EWN reports that the ANC says Duma indicated he was not ready to lead the provincial government. Prior to this, other chairpersons’ in the province generally held the position of premier as well.

ANC KZN officials requested a senior with experience to be premier

Party provincial secretary Bheki Mtolo said the officials all hinted toward not taking the position, stating they were not ready and that someone with experience should hold the position.

Mtolo explained that the officials wanted a senior who will be accepted by residents in KwaZulu-Natal to take over as premier.

“In the officials, there are two MECs already, Comrade Nomagugu is the MEC for health, Hlomuka is an MEC for Cogta – but on their own their own said ‘we don’t think we are ready for premier, let’s give it to someone with experience’,”

Previously, it was reported that the ANC in KwaZulu-Natal (KZN) has announced Finance MEC, Nomusa Dube-Ncube as the province’s Premier-elect following Sihle Zikalala’s resignation last week.

Dube-Ncube who has served in various departments was up against Mbali Frazer and Amanda Bani.

ANC KZN Chairperson, Siboniso Duma said they have faith that Dube-Ncube will be able to deal with issues of service delivery. Read the full story here.