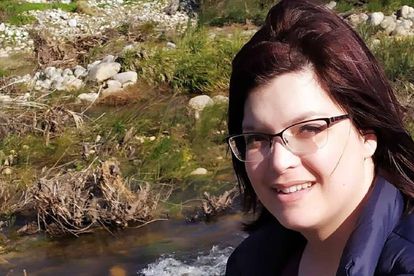 Kyle Ruiters, the man accused of murdering and mutilating Bellville woman, Lynette Volschenk, appeared at the Bellville magistrates court on Monday and the case was postponed for 2 September 2019.

During Ruiters appearance in court, a group of protesters from the South African Women Fight Back tossed insults at the alleged murderer and presented a no bail application petition. These are the same activists that took a stand and held a peaceful protest outside the court for the Meghan Cremer murder case.

Who is Kyle Ruiters?

The 24-year-old suspect Kyle Ruiters is a Wynberg Boys’ High past pupil. Ruiters lived with his aunt, Theresa Ruiters, an advocate, who also appeared in court on Monday, but was out of town at the time of the alleged crime.

The gruesome murder of Lynette Volschenk

The police said they found black bags containing dismembered parts of Volschenk’s body. According to Die Burger, It is alleged that her severed head was found in bushes outside the apartment building, and Ruiters was found painting the walls in her flat after the incident. The cause of her death is still unknown, and her mutilated body was found in black bags in her apartment as well as where Ruiters resides.

Ruiters was arrested on Thursday, shortly after Lynette Volschenk’s body was found in her home at Seesig flats in the Loevenstein area.

Furthermore, Ruiters spent the weekend behind bars and reportedly lived on the 9th floor, while Volschenk lived on the 10th floor, in the same flat building in Bellville. It is also reported that the suspect’s aunt, Theresa Ruiters, who Kyle currently lives with, is a member of the Cape Town Bar and an advocate who specialises in criminal law.

Who is Lynette Volschenk?

The 32-year-old Lynette Volschenk is the murdered victim of this horrendous crime. She worked for an engineering company and lived on the 10th floor, in Seesig apartments. After a no-show to work, concerned colleagues went to look for her and reported to the police when Ruiters was caught in Volschenk’s apartment.

What happens next with the case being postponed?

With the case being postponed, the accused is set to stay in police custody. The court announced that for further investigation, Ruiters will be held at the Bellville police station holding cells, until his next court appearance on Monday, 2 September 2019.