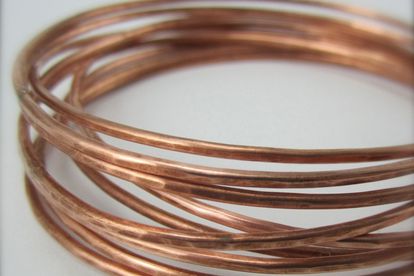 Three foreign nationals were arrested after R500 000 worth of copper cables was found on their business premises. Photo: Beth Millner / Flickr

Three foreign nationals were arrested after R500 000 worth of copper cables was found on their business premises. Photo: Beth Millner / Flickr

The South African Police Service (SAPS) in KwaZulu-Natal has confirmed the arrest of three people found in possession of copper cable in Durban. The men are aged between 16 and 26.

“Yesterday, the Economic Infrastructure Task Team (EITT) acted swiftly after receiving intelligence about cable theft on a railway track at Mobeni near SJ Smith Hostel. The EITT members followed up on the information and it led them to Swinton Road where they found three men in possession of fifty one metres of copper cables, eight bundles of copper cables, seven metres of aluminium cable,” said SAPS KZN spokesperson Constable Thenjiswa Ngcobo.

The suspects were detained at Montclair SAPS and are set to make an appearance at the Durban Magistrates Court on Monday, 20 June 2022.

“The endeavours of the police in Gauteng Province to fight and curb crimes related to esssential infrastructure continue to bear positive results, this after stolen copper worth approximately R15 million was recovered and two suspects arrested. On Monday, 06 June 2022, the members of Gauteng Highway Patrol operationalised information about a hijacked trailer offloading stolen copper in a storage facility in City Deep. Upon arrival at the said venue, members found the copper, a truck and trailer; all suspected to be stolen,” said Gauteng SAPS spokesperson Colonel Dimakatso Sello at the time.

The suspects were two foreign nationals who later made an apperance in the dock on charges related to being in possession of stolen property.

The Provincial Commissioner of the police in Gauteng Province, Lieutenant General Elias Mawela has welcomed the arrest and applauded the members for their swift reaction and dedication in fighting crime.

“Essential Infrastucture related crimes are a priority to the police in Gauteng as they impact negatively on the economy and service delivery of the province. To ensure continous positive successes, the province has established a multi-disciplinary task team which includes all law enforcement agencies, State owned entities and other industry stakeholders to ensure that resources and expertise are brought together with the purpose of curbing these crimes”, he further said.