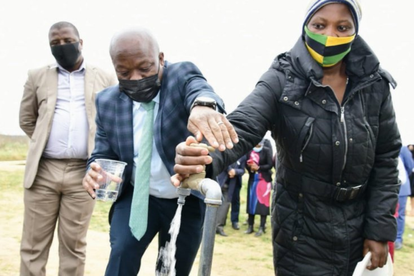 The KwaZulu Natal government has launched a new water master plan that will cost R150 billion, the announcement was made on Tuesday 28 September. The work kicked off with installed water boreholes in the Harry Gwala Municipality.

The province’s Premier Sihle Zikalala revealed that the project will take 10 to 15 years to mark full implementation.

Zikalala said that the master plan is aimed at meeting the demand of the growing water supply and the sprouting human population. In addition to providing water for household usage, agriculture and other economic activities will also be supported by the R150 billion plan.

“The plan identifies short, medium, and long-term interventions to ensure water security in KZN for domestic consumption, agriculture, and other economic activity.

With the government due to facilitate the funding, residents, businesses, and relevant industries are expected to take responsibility with a supporting role.

“Residents, industries, and businesses also have a role to play, by paying for water provision so that we can maintain and expand our water infrastructure,” he added.

“As a caring, pro-poor government, we will continue to offer water free of charge to qualifying, indigent households.”

“If we do not act now and decisively to invest in water infrastructure for a growing population and fight climate change, research predicts that South Africa’s water demand will surpass supply by 2030.”

“This also means that we cannot afford to pollute our precious water resources. It also means that we must become climate resilient and adopt Green Recovery strategies to mitigate the effects of climate and drought,” said Zikalala.

According to the KwaZulu Natal premier’s report, almost half a million families in the province do not have the basic human need that is water access.