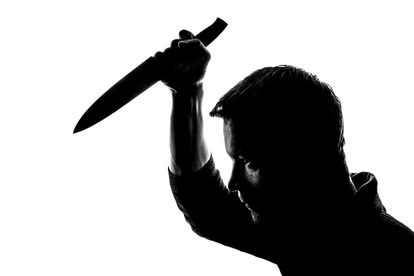 A 29-year-old is expected to appear in court for allegedly slicing his three-year-old son’s throat. Image via Pixabay/Public Domain Pictures.

A 29-year-old is expected to appear in court for allegedly slicing his three-year-old son’s throat. Image via Pixabay/Public Domain Pictures.

A father has been arrested after he allegedly slit his three-year- old son’s throat at Msholozi in Kwamhlanga, Mpumalanga on Sunday 9 October 2022.

The boy’s parents who are no longer in a relationship were reportedly involved in a scuffle and the father is said to have snatched the child from his mom then ran to a shack and allegedly sliced his throat.

According to the South African Police Service (SAPS), the mother had previously applied for a Protection Order against the father of her child.

She immediately alerted the police that the child was forcefully taken by the man. Police swiftly responded and located the child’s father in his residential place.

Upon noticing the police, the man is said to have somehow fled to evade an arrest, leaving the boy in the shack. Upon inspection, police realised that the child’s throat had a wound. The three-year-old was then taken to hospital where he is receiving medical treatment.

SAPS Spokesperson, Donald Mdhluli said police intensified their probe which led to the arrest of the 29-year-old man. He is expected to appear at Kwamhlanga Magistrate’s Court on Thursday, 13 October 2022 facing a charge of attempted murder.

“Police cannot rule out the possibility of adding more charges against him in relation to contravention of a Protection Order,” Mdhluli said.

Mpumalanga Police Commissioner Lieutenant General Semakaleng Manamela said this is a shameful act allegedly committed by a father against his own flesh and blood.

“We are really concerned as to the kind of example we are setting for our children. Parents should never abuse children by using them as shields or weapons to fight their domestic battles. We hope the court will deal decisively with perpetrators of violence against the vulnerable groups,” she said.