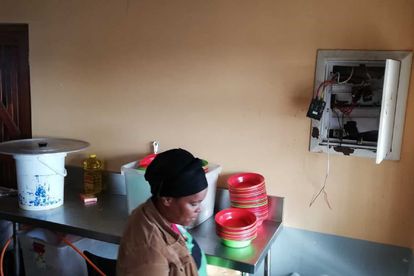 The Democratic Alliance (DA) in Port Elizabeth has raised concerns with the criminal activities that have plagued Kuyga Primary School recently, and the provincial Education Department’s lack of interest in addressing the matter.

Where is Kuyga Primary School?

The embattled primary school is situated in Greenbushes AH, Port Elizabeth. It is a state public school that, in 2014, was overcrowded with more than 800 learners, 110 of which were in Grade R, according to PathFinda.

The area is notorious for its rampant criminal activity, with robbery and theft being the most common. According to the DA’s Shadow MEC for Education in the Eastern Cape, Yusuf Cassim, Kuyga Primary School has recently been a goldmine of sorts for criminals.

Why are criminals targeting the school?

Cassim revealed that after visiting the school on Monday, it was determined that it had been burgled at least seven times in the last month.

The MEC revealed that the school’s rotting infrastructure and lack of security have allowed criminals to gain access to its grounds, stealing anything from educational resources to electrical cables.

“During the oversight, it became abundantly clear that the school buildings are falling into disrepair. The theft of electricity cables has left the school with no electricity for over a month now,” Cassim stated.

The extent of the loss and damage

Currently, Kuyga Primary School pupils have to endure days in a building that is barely able to stay afoot. The lack of power makes for a very cold winter and teachers have no access to electricity to run programmes that require the use of electrical equipment.

Cassiem stated that while the school has been in this state for a while, very little has been done by the provincial Education Department to address the issue.

“I will now be writing to the MEC for Education, Fundile Gade, calling for the Department to take urgent action to ensure that there is permanent security presence to protect the existing infrastructure.

“I will also request the electricity supply to the school be restored, and that the infrastructure that has been damaged is fixed without any further delay,” he said.

The MEC stressed the importance of education in developing a better future for South Africans.

“The DA believes that basic education is key to creating an opportunity ladder for all South Africans, and the children attending Kuyga Primary School are being deprived of these opportunities by criminal elements,” Cassiem noted.