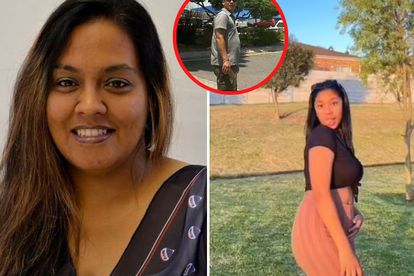 The tragedy that happened in Kuils River shocked the nation, a 48-year-old father shot and killed his wife and teenage daughter before he asked his son to kill him. When the son refused to kill his father, the father started shooting at the son before turning the gun on himself.

The son, who was the lone survivor of a family tragedy, is undergoing trauma treatment.

THE FAMILY TRAGEDY HAPPENED IN KUILSRIVER

Hilton van Zyl (48) first shot and killed his wife, Annastasia (41), before killing their teenage daughter Cassidy on Sunday. it is believed Hilton asked his 23-year-old son, Aiden, to shoot him, but Aiden refused. Hilton started shooting at Aiden, who managed to flee from the house.

Hilton then turned the gun on himself.

The motive for the family tragedy is not yet known, but the couple was in the process of getting divorced.

According to reports, Annastasia was shot three times while Cassidy was shot in her head.

According to Ebrahim Sawant, local ward councilor, the shooting happened on Sunday morning.

“Shocked family and community members gathered in front of the house openly crying on the scene.”

He said Aiden, who was in severe shock, was taken to Netcare hospital in Kuils River and received treatment for shock.

“He is stable but will be undergoing trauma treatment from Monday.”

THE SON IS UNDERGOING TRAUMA TREATEMENT

Annastasia was the chairperson of the local community police forum and also an estate agent.

SADAG NOTES AN INCREASE IN PEOPLE REACHING OUT

The Operations Director at SADAG Cassey Chambers stated that there had been an increase in the number of people reaching out, reports SABC News. Chambers explained that there are a lot more challenges, triggers, and stresses and that more people are feeling overwhelmed.

“We have seen an increase in the number of calls in people reaching out. At the moment it’s over 3 000 calls per day and 1 in 5 of our calls are suicide-related. We have heard of young children as young as Grade 9 who are taking their own lives. We are hearing of university students as well. So, we are hearing more and more about it which I think what is important is raising awareness and talking about it and people reaching out for help,”

IMPORTANT NUMBERS FOR THOSE IN NEED

Meanwhile, the World Health Organization recently called on all nations to invest more in mental health, saying “the suffering is enormous” and has been made worse by the Covid pandemic.

Even before Covid-19 almost a billion people were living with a mental disorder, the UN agency said in its largest review of global mental health in two decades.

Then in the first year of the pandemic, rates of depression and anxiety went up by a quarter, even as scarce resources were deployed to fighting the virus.

“All these numbers are very, very low,”

“Interest in mental health right now is at an all time-high” due to the pandemic,

“But the investment in mental health has not gone up. This report gives countries information on how to invest their mental health money better.”