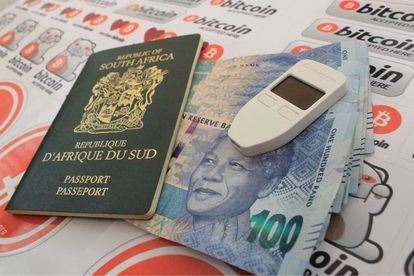 The 27 people accused of being part of a fraudulent passport syndicate appeared in court. Photo: Cape Town guy / Flickr

The 27 people accused of being part of a fraudulent passport syndicate appeared in court. Photo: Cape Town guy / Flickr

Police arrested 27 people who were allegedly part of a fraudulent passport syndicate. The group appeared before the Krugersdorp Magistrate’s Court on charges of corruption. The charges were in terms of the Prevention and Combating of Corrupt Activities Act.

Arrests of 27 accused in passport syndicate was a combined effort

Mjondondwane stated that the sting operation occurred at the Department of Home Affairs offices in Krugersdorp on Friday, 25 March. A tip-off was received by authorities regarding the alleged fraudulent passport making syndicate.

“Law enforcement authorities received a tip-off about the alleged passport making syndicate that works with home affairs officials, to identify South Africans that are willing to sell their identities for R500,” said Mjondondwane about the passport syndicate.

The suspects appeared in court

Mjonondwane explained that once the South African identities were sold, the details were used to create fake passports for foreign nationals by the syndicate. These passports were sold at R40 000 each. The case regarding the 27 accused was postponed to 5 April 2022, reports IOL.

“The case has been postponed to 5 April 2022, for bail preparation investigations and all accused were remanded in custody.”

Phindi Mjonondwane, Spokesperson for the National Prosecuting Authority in Gauteng

The South African reported on the matter last week when the major bust was carried out at a Gauteng Home Affairs branch in the early hours of Friday, and Hawks officials swooped on a Pakistani kingpin operating with impunity. He’s been nailed for manufacturing fake passports and distributing them to undocumented immigrants – for a tidy fee, of course.

The significance of this sting has been lauded by the government. The suspect is understood to have had operatives across the country, working at Home Affairs departments and breaking the law in a care-free manner. However, the arrest of the foreign criminal is being hailed as a gamechanger…

Home Affairs Minister Aaron Motsoaledi couldn’t contain his excitement, and he told the media that capturing the Pakistani kingpin would make it easier to prevent corruption in ALL departments of Home Affairs. Read the full story here.