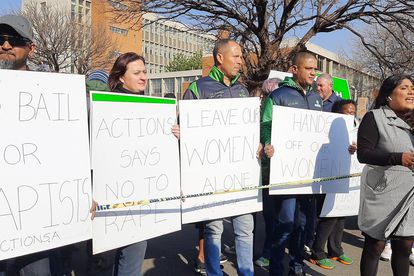 ActionSA wants the police to expose the name of the production company behind the tragic Krugersdorp music video shoot. Photo: ActionSA.

ActionSA wants the police to expose the name of the production company behind the tragic Krugersdorp music video shoot. Photo: ActionSA.

Mashaba’s letter was also addressed to the Gauteng police commissioner, Lieutenant-General Elias Mawela. Mashaba said he wants the police to reveal the company’s identity within seven days or ActionSA will use its own means to expose the company.

According to Mashaba, the production company responsible for organising the music video shoot should have provided security for the people on site as the “area is notorious for its dangerous and illicit activity.”

ActionSA believes the company has no reasonable expectation of privacy and said steps should be taken to halt its activity while an investigation into whether there was sufficient security in place on 28 July takes place.

“This incident was made possible by an unfortunate confluence of events and the production company, if it failed to protect these women, should be held liable for its part of what happened on that day,” said Mashaba.

As previously reported, eight women were gang raped by multiple suspects while shooting a music video near a mine dump in Krugersdorp.

Dozens of suspects were arrested in the wake of the heinous incident on charges related to the contravention of the Immigration Act but not the brutal rapes because DNA analysis was outstanding.

The 81 alleged illegal mineworkers made their third appearance in the Krugersdorp Magistrate’s Court on Wednesday and some of them were positively linked to the rapes, according to SABC News. Over the past weekend, Cele said that the DNA testing of the suspects had been completed.