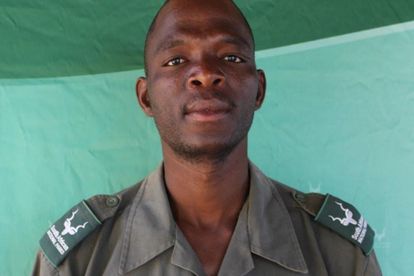 A brave ranger from the Kruger National park (KNP) who lost his life after being attacked by a buffalo bull will be laid to rest on Sunday at his home in Tzaneen.

Shado Mathebula (36) died last week Wednesday while on foot patrol with his colleague.

Mathebula and his colleague were on foot patrol when a buffalo charged at them at the Shangoni section.

KNP spokesperson Ike Phahla said the rangers let go of one round but only managed to injure the bull.

“The bull was only injured, it did not completely go down. As they [Mathebula and his colleague] were following the blood trail, the bull attacked them from the side from what we hear,”

Mathebula was declared dead on the scene and the buffalo bull animal was also destroyed, as Phahla explained.

It is not known what could have triggered the bull to attack the rangers.

Immediately after the incident, a team of counsellors were deployed to the KNP to officer the other ranger counselling.

The ranger’s family have also been offered ongoing counselling for as long as they need it.

Because Mathebula died an unnatural death, the police were called to the scene.

“We don’t know what actually killed him except he was killed in the incident.

“Immediately after the incident, we secured the area and police came to do their own investigation,”

He said they hope the police will give them an update on the post-mortem results at the same time as the family.

Immediately after the incident, we deployed a counselling team. The family has been offered ongoing counselling for as long as they need it.

Mathebula had been working for the Kruger National Park for the past 10 years.

He lived in Tzaneen, where his funeral will take place, with his wife and children.

SANParks sends their sincerest condolences to the family.

Phahla said the family’s loss is their loss and that of the entire rangers community globally.

“We recognise rangers as our warriors who stand between nature and the preservation of nature. They are a special breed of people.

“They are courageous in going out into the world and getting confronted by wild animals only to preserve them for future generations. They are the vanguard of nature.”