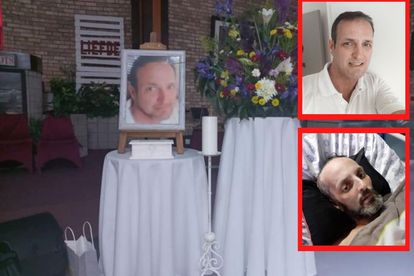 A security guard who was severely assaulted during the Kirkwood riots in April this year and left with a traumatic brain injury died in hospital.

Nicolas Verwey (48) was severely assaulted while working as a casual security guard during the Kirkwood protests.

On April 25, the small community of Kirkwood was rocked by violent protests when citrus workers took to the streets, burning tyres, blocking roads and assaulting people.

NICOLAS WAS CAUGHT IN THE CROSSFIRE AND SEVERLY BEATEN

The destruction was estimated at hundreds of millions.

Nicolas was caught in the crossfire. He was left fighting for his life at Livingstone Hospital in Nelson Mandela Bay.

He had to undergo two brain operations in one week and would have needed rehabilitation therapy in order to learn how to speak and walk again.

“The beating caused bleeding on and around his brain and it was swollen to the extent that his skull couldn’t be fit back into position after the second operation, so that part is still fragile.

“With the second brain operation, they removed a blood clot from a very delicate part of the brain. The removal of the blood clot caused the blood to circulate as normal.”

HE WAS LAID TO REST LAST WEEK

The family Nicolas told the HeraldLive they are both devastated and angry with how the situation unfolded.

According to his family, Nicolas would still be alive had adequate support been provided by the government during the violent riots.

He was laid to rest on Friday.