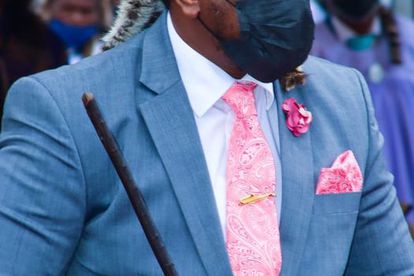 After much deliberation and squabbles, President Cyril Ramaphosa has officially recognised King-Elect Prince Misuzulu Zulu as the King of AmaZulu nation.

On Wednesday 16 March 2022, the Presidency announced that Zulu was recognised in terms of Section 8(3)(a) and (b) of the Traditional and Khoi-San Leadership Act, 2019.

The decision follows the passing of His Majesty King Goodwill Zwelithini Zulu in March 2021 and the subsequent passing away of the Regent, Queen Mantfombi Dlamini, in April 2021.

Prince Misuzulu was announced the preferred king as per Regent Queen Mantfombi Dlamini’s will. This did not sit well with some royal family members who nominated their own preferred successors. This paved the way for a succession battle and fighting through courts.

Two princesses challenged the authenticity of their father’s signature in his will. Queen Sibongile Dlamini-Zulu also lost her legal bid in her quest for 50% of King Zwelithini’s estate.

According to the Presidency, in terms of the requirements of the Act, the Royal Family identified Prince Misuzulu Sinqobile Zulu as the person who qualifies in terms of customary law and customs to assume the position of King and applied to the President for his recognition.

As required by the Act, the recognition of the King-Elect by the President follows consultations with the Minister of Cooperative Governance and Traditional Affairs and the Premier of KwaZulu-Natal.

President Ramaphosa conveyed his warmest wishes to His Majesty King Misuzulu Zulu on the occasion of his legal recognition as King of AmaZulu Kingship.

Ramaphosa said the assumption of the throne by His Majesty King Misuzulu Zulu is a moment of great significance in the proud and distinguished history of AmaZulu.

“His Majesty is the successor to a long line of revered monarchs, who fought with great courage and determination for the welfare and security of their people. I join all the people of South Africa in wishing His Majesty King Misuzulu Zulu a long and prosperous reign,” Ramaphosa said.

KwaZulu-Natal Premier, Sihle Zikalala said this long awaited decision brings down the curtain to months of uncertainty over the issue of Kingship following the untimely demise of His Majesty King Zwelithini kaBhekuZulu.

“On behalf of the people of KwaZulu-Natal we want to thank the President for the dignified and the decorum manner with which he has handled the matter. This decision will bring stability and certainty regarding the Zulu throne.”

Enyobeni tragedy: The hopes and dreams of the 21 teens who lost their lives