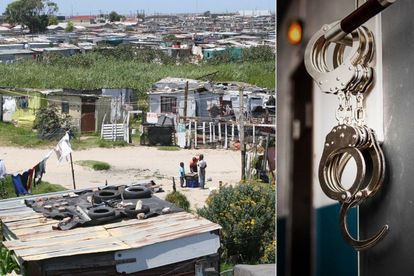 The man accused of killing six people in a mass shooting in Khayelitsha is expected to appear in court on Tuesday, 19 April. Photo: R.F.K and Charlotte Fortin / Flickr

The man accused of killing six people in a mass shooting in Khayelitsha is expected to appear in court on Tuesday, 19 April. Photo: R.F.K and Charlotte Fortin / Flickr

Six people from different areas in Khayelitsha lost their lives due to the mass shooting incident. The horrific shooting which resulted in the loss of life occurred in the Enkanini informal settlement in late March 2022.

Thando Shuba’s defence has insisted that he is innocent. His defence has also brought up that Shuba has an alibi for the afternoon of the mass shooting. Shuba’s attorney Phindile Vepile shared, previously, that they submitted CCTV footage as proof.

The proof is with regard to Shuba’s presence at the scene of the crime at the time of the mass shooting in Khayelithsa’s Enkanini informal settlement. At Shuba’s previous court appearance, the State told the court that detectives had expressed concerns after viewing the CCTV footage proof.

Accused was allegedly identified by an eyewitness

EWN reported that Shuba was identified by an eyewitness at the scene as one of the gunmen who opened fire – resulting in the death of six.

Shuba was identified by an eyewitness as one of the gunmen.

Six people were reportedly shot and killed on the afternoon of Sunday, 20 March. Crime scene experts are now investigating the scene at the Enkanini Informal settlement to find clues as to what caused the incident in Khayelitsha.

The South African Police Service arrived at the scene after being alerted of the shooting. Upon arrival, SAPS officers found the bodies of five victims strewn across two scenes. The areas, according to SAPS, were around 200 metres apart.

A sixth person who was also shot died on arrival at a medical facility. SAPS stated that the victims have yet to be identified. The victims comprised of two women and four men and their estimated age groups are between 22 and 27 years old. Read the full story here.