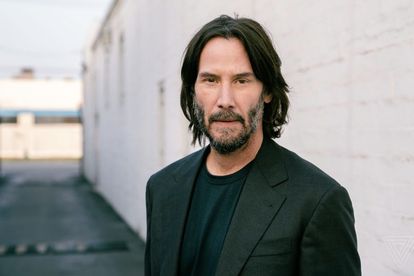 Keanu Reeves treats his friends, crew and representatives to a fully-paid San Francisco trip for ‘The Matrix: Resurrections’ premier. Image via Twitter @eliistender10

Keanu Reeves treats his friends, crew and representatives to a fully-paid San Francisco trip for ‘The Matrix: Resurrections’ premier. Image via Twitter @eliistender10

Keanu Reeves flew out his friends, trainers and representatives to San Francisco for The Matrix: Resurrections world premiere.

The 57-year-old actor – who reprises his role as Neo in the fourth instalment of the sci-fi franchise – treated people who have helped him behind the scenes to a trip to California last month.

ALSO READ: Keanu Reeves gave up 70% of ‘The Matrix’ income for leukemia research

“He flew a bunch of us up here. He’s incredibly generous. In the audience tonight will be so many people that helped him, from his martial art trainers to jiu-jitsu trainers to hair and makeup to his stunt crew.”

“He makes sure that his friends and family are here. He’s epic.”

According to the publication, Reeves paid for a private jet, hotels, premiere tickets and a special brunch after the event for his special guests.

“Yeah, it’s great to be able to share our experiences and lives together.”

KEANU REEVES CONTINUES TO SPOIL THE PEOPLE HE WORKS WITH

The kind gesture comes months after the actor surprises his John Wick stunt crew with personalised Rolex watches after filming wrapped on the upcoming action blockbuster.

He gave Bruce Concepcion, Jeremy Marinas, Dave Camarillo and Li Qiang their own watch, with each engraved with a personal message.

Marinas showed his watch to followers on his Instagram Story and described it as the “best wrap gift ever,” as his watch read “The John Wick Five” alongside the message:

Reeves has earned a reputation for doing kind things for everyone – including his fans – but Reeves insisted in 2019 he had no idea the internet was so in love with him.