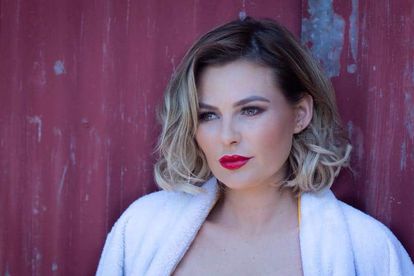 On 12 December, Van Jaarsveld shared a photo of her children on Instagram, asking her followers to please join in on the search for her missing children.

The post has since been deleted, however, according to Ghafla, Van Jaarsveld captioned it:

“We can’t find my sons. Derick [Hougaard] is drunk; we don’t know where the children are please! This is how they look, please help to search!”

Van Jaarveld was in Cape Town during the incident and received numerous calls informing her that Hougaard was drunk at a Jacaranda Carols concert.

Van Jaarsveld later informed her fans that Jo Black and Jacques Du Plessis found her children at a restaurant outside Loftus, in Hougaard’s care. Hougaard already had a few drinks in him, according to Van Jaarsveld. Her mother collected the children and took them home.

Karlien van Jaarsveld had a very public Instagram panic because someone told her Derick was drunk with the kids at carols by candlelight. She called the police and got her mom to go fetch the babies. Derick said everything was fine and the kids were safe with him the whole night https://t.co/rmAuOGQhzY

In a statement posted on Facebook, Van Jaarsveld explained that the children’s nanny contacted her when she couldn’t find the children, nor reach Hougaard on his phone. Van Jaarsveld said that her chidlren’s lives had been in danger before, due to Hougaard’s alcohol and pill addition. Naturally, she feared the worst.

Van Jaarsveld said that she and Hougaard parted ways three years ago and she had been trying her best to provide for her three children as Hougaard doesn’t pay child support. She would prefer if their private lives remain private, and she only shared the Instagram post out of fear for her children’s safety.

The mother-of-three concluded her statement by saying that no child – in South Africa or anywhere else in the world – deserves to live in fear or isolation, regardless of their parents’ fame or status.

Also read: South Africa’s fathers are missing in action, according to Stats SA