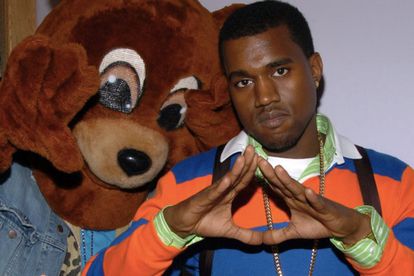 Kanye West’s three-part Netflix documentary will premier in February and will be shown at Sundance. Image via Twitter @DiarioPorteno

Kanye West’s three-part Netflix documentary will premier in February and will be shown at Sundance. Image via Twitter @DiarioPorteno

Netflix have announced that the Kanye West documentary jeen-Yuhs: A Kanye Trilogy will premiere on 16 February.

The streaming service has described the film as a “once in a lifetime three-week global event” and it will chronicle the entirety of the rapper’s colourful and at times controversial career.

ALSO READ: Kanye West working on ‘masterpiece’ as a follow-up to ‘Donda’

KANYE WEST’S ‘JEEN-YUHS’ TO BE PLAYED AT SUNDANCE

‘Act 1’ of the series will also be released in cinemas on 10 February and will feature never-before-seen footage of West in the studio and performing.

The film is directed by Coodie and Chike, who are responsible for many of West’s music videos including Jesus Walks and Through the Wire.

A newly released trailer for the documentary shows West in the studio back in 2002 embroiled in an argument about whether he is a genius or not.

The teaser clip also sees West, 44, in the studio with music stars such as Jay-Z, Pharrell Williams and Kid Cudi. jeen-Yuhs is scheduled to play at the Sundance Film Festival that will take place virtually later this month.

“Filmmakers Coodie and Chike have created an extraordinary film and we’re honoured that they have trusted TIME Studios to produce jeen-yuhs: A Kanye Trilogy.”

It was recently reported that West – who legally changed his name to Ye last year – was desperate to perform a gig at the last minute on New Year’s Eve but had to ditch his plans after his team were unable to secure a venue in time.

“His team called everyone in Miami asking if they had a location to do a concert. At 6:15 pm on NYE. People just went back to their glass of champagne. He wanted such a big group, like 50 or 60 people. A lot of places just didn’t have the space,” explained a source.

Ramaphosa saga: Phala Phala debate to be held at Cape Town City Hall – here’s what you need to know about the venue

Could Kaizer Chiefs be targeting this surprise ex-Pirates player?

WATCH: Ramaphosa has the Rand in his hand [VIDEO]