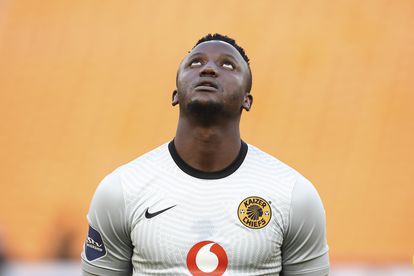 Bafana Bafana goalkeeper Bruce Bvuma has not been seen on the pitch for months despite Daniel Akpeyi’s absence, so where is he?

READ | KAIZER CHIEFS: OPPORTUNITY TO MEET YOUR AMAKHOSI HEROES AT YOUR HOUSE!

Under Stuart Baxter, Akpeyi has been the first choice in goal. Starting most of their matches with a handful of chances given to Brandon Peterson in his absence. While Khune is expected to get some game time after impressing in recent showings for Warriors FC.

So, where is Bruce Bvuma?

As things stand, Bvuma is still a part of Kaizer Chiefs current squad.

You’d think he is no longer their given that he has not featured for several months. Bvuma has played second fiddle to Akpeyi since Baxter’s arrival however, he has even fallen behind Khune and Peterson recently.

Khune proved himself in the DStv Compact Cup with two match-winning performances. So, it would seem that he is next in line while Peterson started the recent game. He was selected to start in the Nedbank Cup Round of 32 match in which Amakhosi lost 1-0 to TS Galaxy.

Bvuma may look to move if he does not receive gametime.

He needs regular paying time since he is a Bafana Bafana international and back up to Ronwen Williams.