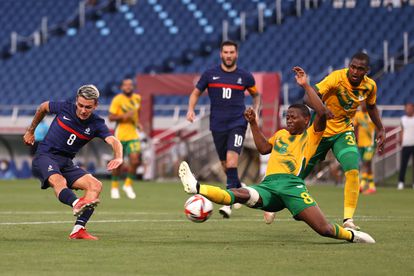 Kaizer Chiefs have re-ignited their interest in former South African junior international Thabo Cele, according to reports out in Europe.

Cele currently plies his trade for Radomiak Radom in the Polish topflight, but Chiefs are said to be keen to lure the player South African shores.

READ | “PITSO MOSIMANE IS DESTROYING PLAYERS, HE MUST LEAVE”

Cele was reportedly close to joining Chiefs at the beginning of the recently concluded season, with the player himself admitting that he was ready to sign. Amakhosi, however, opted not to advance negotiations with the player’s representatives, which eventually saw him put pen to paper with Radomiak, after leaving the Portuguese second tier.

It is believed that Cele was initially a club target at Chiefs, but the management was eventually vetoed against going for the holding midfielder by former coach Stuart Baxter, who was about to begin his second stint at the club, during that time. It was then a general consensus that Baxter opted against signing the KwaZulu-Natal-born midfielder, because he preferred his trusted soldier Cole Alexander to come back from playing in the Indian football league and come and anchor his midfield.

Now, reports from Europe have sensationally claimed that Chiefs are not only for Cele again, but have already made a bid for the player. This according to a tweet from Eugenio González Aguilera, a sports writer from that part of the world, citing another writer.

“The Radomiak Radom has received an offer for Thabo Cele reveals

He comes from Kaizer Chiefs in the middle country and would be around a little over 100,000 € although coach Mariusz Lewandowski does not plan to get rid of the player who arrived on a free transfer in October

Judging from that, it seems like it could get very tricky for Chiefs if they’re to get the signature of Cele. What would compound the misery, for the Glamour Boys is that they could’ve got the player on a free about 12 months ago.