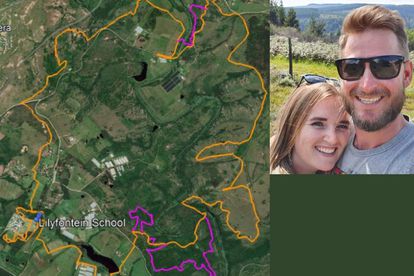 The body of the missing enduro motorcyclist Nick Klingelhoeffer, was found on Wednesday afternoon near the race track.

ALSO READ: WATCH: Search STILL on for the boy who fell into ‘open manhole’

“Police in Gonubie have opened an inquest docket following the recovery of the body of the missing biker Nicolas Klingekhoeffer (37),who was reported missing on Saturday, 11 June 2022.”

He furthermore said Nick disappeared during the Enduro bike race at Lilyfontein school.

NICK WAS FOUND NOT FAR FROM HIS BIKE

“His body and his bike were found lying in the bushes approximately a kilometer away from the race course.”

The inquest is under investigation.

Nick was described as a passionate biker and a humble and quiet man. He rode a 2019 KTM 250 XC-W and rarely missed a weekend of riding in the outdoors with his friends.

Meanwhile, the secretary of the Quarry Kwaggas bike club Marcel van Rossum extended their most heartfelt condolences to the loved ones, family, friends and fellow enduro riders of Nick.

HE WAS DESCRIBED AS A PASSIONATE BIKER

“Nick was an enduro biker who went missing on Saturday while competing in the Lilyfontein Funduro race outside East London. His body has been found deceased.”

Van Rossum said Nick was last seen entering the second lap of the enduro route at the weekend and the alarm was raised when he did not clock in at the finish.

“A large-scale search, which involved search and rescue personnel and the police K9 unit, had been looking for him ever since.

“It would appear that Nick was killed in a crash while competing in the Funduro. Go well, Nick. You will be deeply missed by so many. Rest in peace.”

ALSO READ:  Toddler found in bag murdered, chopped up and dumped along N1