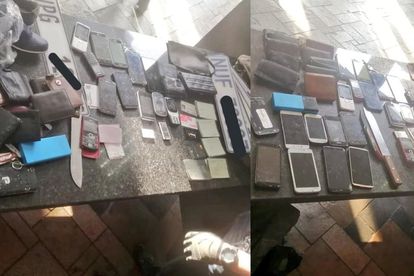 Five Hillbrow wanted suspects, including a security guard were finally apprehended after causing terror in the Joburg CBD.

“Upon arrival at the given location in Hillbrow, a security guard was found at the premises. He led the officers to the flat and they approached the identified room where the suspects reside,” Fihla explained.

He further said two suspects were found and the room was searched.

“Several cellphones, wallets, ID documents, military uniform and brand new shoes which the suspects could not account for were recovered by the officers.

“The suspects together with the security guard were arrested as it was found that both males and the security lived together.”

He went on to explain that the officers were then led to the basement of the building where two other male accomplices reside.

“When verified one of the registration plates tested positive on a Blue Renault which was hijacked in Chatsworth. Both those male suspects were also arrested.

“All the suspects were detained at Hillbrow SAPS. When profiled it was found that the suspects have previous and pending cases ranging from robbery, murder, hijacking and possession of unlicensed firearms,” Fihla concluded.