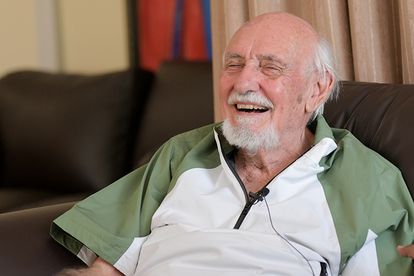 Cape Town – 20190308 – Prof Jaap Durand, past Deputy Vice-Chancellor of the University of the Western Cape (UWC) visits the Univeristy to talk about his experiences there. Picture Jeffrey Abrahams

Cape Town – 20190308 – Prof Jaap Durand, past Deputy Vice-Chancellor of the University of the Western Cape (UWC) visits the Univeristy to talk about his experiences there. Picture Jeffrey Abrahams

The beloved Professor Jaap Durand, a distinguished academic, theologian, writer, struggle activist, and the first Vice-Rector of The University of the Western Cape passed away.

WHAT HAPPENED TO DURAND?

According to reports, he passed away on 24 January 2022 around 4:30 am in his house at La Clémence retirement village outside Stellenbosch.

Throughout his life and career, he made significant contributions in unifying South Africa and speaking out against the injustices of our past.

TRIBUTES FOR THE BELOVED PROF

The management of the University of the Free State (UFS) said it was saddened to learn of the passing of Durand.

Prof Durand obtained his master’s degree from the UFS and received an honorary doctorate in Philosophy from the UFS in 2004.

Prof Durand has had a colourful career as academic, writer, and struggle activist: from Professor of Systematic Theology and Dean of the Faculty of Theology at the University of the Western Cape to Deputy Vice-Chancellor of the same university. He also served as the ombudsman of Stellenbosch University from 2002 to 2003.

“During his life, Prof Durand was a unifier and a critical voice, speaking out against injustice. He has also authored several books, including Dit is amper dag; Evolusie, wetenskap en geloof, and Protesstem.

“The UFS joins the higher education community in mourning and is deeply saddened by the loss of such a great theologian and academic. We wish to convey our deepest condolences to Prof Durand’s family, friends, and loved ones during this time,” the university said in a statement.