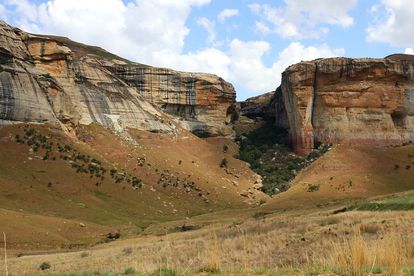 The Godumodumo Dinosaur Centre and research facility is at its tail-end phase where visitors and students from all over the world will be able to learn more about the study of archaeology and palaeontology.

“The construction is on track and we hope to launch the centre as soon as the end of this financial year,” said Sipho Mkhwa, SANParks Regional Marketing and Communications Manager.

He said SANParks is confident that the centre will provide the most ideal platform to educate visitors especially young learners about dinosaurs and many other interesting attributes of the Golden Gate Highlands.

“The MOU between the Department and SANParks has been a strategic partnership that has birthed the incredible Dinosaur Centre and many other significant tourism infrastructure projects at the South African National Parks (SANParks),” said Mahlalela.

He said that this partnership has been in existence for decades and it has been successful, especially because our mandates coincide with one another to promote the conservation and preservation of our national heritage but also the elevation of active tourism amongst our local citizens and international compatriots.

Dumisani Dlamini: Chief Financial Officer at SANParks stated that the Dinosaur Centre is one of many major initiatives that have been funded by the NDT on SANParks, all of which amount to an estimated total of R435 million.

Dlamini said some of their key partnership projects include: