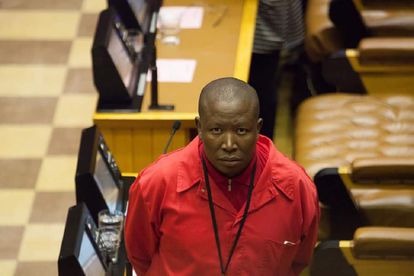 If Julius Malema’s latest Twitter post has offended you, there’s something else you need to know: The platform has already confirmed they don’t see his actions as ‘rule-breaking’, meaning that the EFF leader can keep the controversial Tweet in place.

Malema shared a video of a heated debate in KZN, where the local community discussed the issues surrounding a recent farm murder. However, the open-air meeting proved to be extremely fractious, with black farm workers blaming white landowners for poor working conditions. A video of the exchange was shared with Juju’s three million digital followers.

The political firebrand then stated that South Africans ‘must oppose whiteness everywhere it raises its ugly head’. He implored his supporters to crush the perceived oppression, in the same way EFF followers ‘made life difficult’ for former President Jacob Zuma before he left office in 2018.

We must oppose whiteness everywhere it raises its ugly head. We must crush it, including the differently looking ones from amongst us who stand with it. The same energy we used on Zuma must be used against them. Revolution is a disruption of status-quo; that’s what Level 1 means! pic.twitter.com/R8n9PJSfV3

The threat to ‘crush whiteness’ was duly reported to the Twitter administrators, who remained non-plussed.

“We have received a complaint regarding your account, @Julius_S_Malema, for content [posted on Monday]. We have investigated the reported content and could not identify any violation of the Twitter Rules. No further action will be taken at this time.”

Juju reveals ‘complaints’ laid against him

Julius Malema can, sometimes, be a man of few words. In fact, the self-appointed CIC only needed one to express his frustrations on Tuesday, airing out the complainant and sharing the contents of the report filed again him.