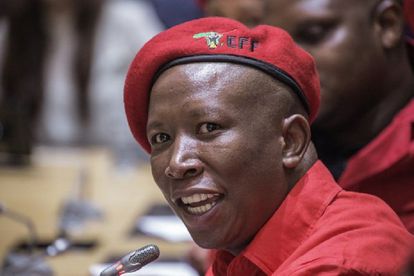 One hell of a drama is unfolding in South African politics right now. Gerrie Nel and his civil prosecutions unit AfriForum confirmed they are looking to prosecute EFF leader Julius Malema on Thursday morning.

The accusations stretch back to 2012, when engineering company On-Point was awarded a tender from the government to oversee major road redevelopments in Limpopo.

However – the former Public Protector Thuli Madonsela reportedly concluded that this contract was given out in an illegal manner, to the tune of R52 million. Some of that money allegedly went to Malema’s Ratanang Family Trust, and that has landed the red berets’ chief in hot water.

What is Julius Malema accused of?

A grand total of 25 charges were listed by Nel and AfriForum CEO Kalie Kriel. They are looking to take Malema to court for fraud, corruption and multiple contraventions of the Prevention of Organised Crime Act.

Juju was never going to take this one lying down. The socialist firebrand took to Twitter to vent his frustrations at the charges, in typically verbose fashion:

Bring it on bloody racists, you don’t scare me at all. I’m born ready! No white man will decide my destiny, the poor masses of our people will… pic.twitter.com/nKkjHbXqYv