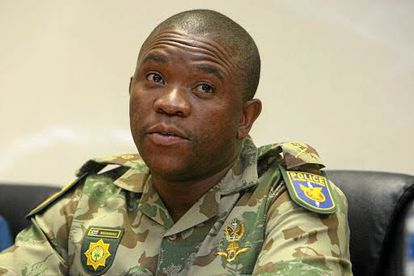 Malema held a briefing in Johannesburg on Thursday and sang the praises of Mkhwanazi.

During the briefing Malema said Mkhwanazi or someone similar to him should be made National Police Commissioner.

Malema said he even told Police Minister, Bheki Cele the same thing when they were in Senekal.

“I said to Bheki Cele this is the guy (Mkhwanazi) that should be made Commissioner and not these things you are always giving us who are driven by corruption and not to protect the streets and the integrity of the uniform,” Malema said.

“When you look at Nhlanhla Mkhwanazi you see a man in uniform who is disciplined and is determined to deal with crime in South Africa,” he  added.

It seems like Juju is not the only one who is impressed by Mkhwanazi. South Africans also took to social media to share several video clips of Mkhwanazi and praised him for what they said is ethical leadership.

“Make Nhlanhla Mkhwanazi Police Commissioner and he’ll tell Bheki Cele face to face to sit at the office as a Minister. Cele wouldn’t be at every crime scene every week. Cele wants a weak Commissioner because he doesn’t know what to do when he’s at the office,” @FriendsofZuma tweeted.

“Nhlanhla Mkhwanazi is the epitome of what a commissioner needs to be. We need a firm and decisive leader. One who will take up the administration helm and the accounting officer role. While the minister serves his role of overseeing. We tired of seeing Bheki Cele everywhere!” @LwaSibisi tweeted.