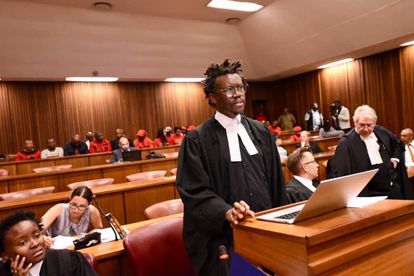 The case of Julius Malema and AfriForum is an interesting one, as it exposes the complexity of running a democratic country with laws that once were used as instruments of oppression.

Malema is by no means an unfortunate target in this instance. His rise to power with the Economic Freedom Fighters (EFF) was founded on tapping into the core of the frustrations of the poor.

Land, employment, nationalisation and ‘white monopoly capital’ are just some of the instruments the EFF uses, to this day, to rally up the support of the majority in this country.

And in 2014 and 2014, as he engaged crowds in Bloemfontein and Newcastle (Kwa-Zulu Natal) respectively, he got himself in trouble.

AfriForum, responding to Malema’s calls for people to occupy vacant, filed charges against the EFF leader, citing the Rioutous Assemblies Act, as well as the Trespass Act, as reasons why he should be prosecuted.

This is an interesting case because it involves two laws that were enacted during apartheid. How, then, in the modern context of where South Africa is and what Malema did, do these two laws come into play?

Let’s take a deep dive and understand how to interpret these two controversial laws.

Read – Julius Malema: Five times his calls for “land grabs” got him in serious trouble

The Riotous Assemblies Act of 1956

The Congress of the People was a historic gathering before the name became adopted as a political party.

According to the O’Malley archives, the events that took place in Kliptown, June 1955, inspired the enactment of the Riotous Assemblies Act.

The result of this led to the arrest of 156 activists and the commencement of the infamous treason trial. This is how the Riotous Assemblies Act was established. Its sole purpose was to prohibit gatherings in public places where it was deemed that they would endanger the public’s peace.

Read – Leaked report: The application of land expropriation without compensation

Malema’s case holds less weight than that of the birth of the Freedom Charter, that’s a no-brainer. He called on people to occupy vacant land and broke several interdicts that ban him from endorsing land occupation.

Did he then break the Riotous Assemblies Act in doing this? This is the argument.

His defence, led by Advocate Thembeka Ngcukaitobi, have rubbished this, stating that, in the first place, Malema should not be in court arguing over a law that was birthed to oppress black people during apartheid.

The Trespass Act is of a different nature to the one we have just discussed. This Act is very specific and straight to the point.

It states the following:

This is a criminal offence that is punishable by a fine (not more than R2 000) or a prison sentence not exceeding two years.

Read – When can a landlord evict law-abiding tenants to renovate?

To prosecute Malema for inciting a wide range of trespassing in Bloemfontein and Newcastle would set a lengthy, time-consuming and expensive precedent.

The law was created in the apartheid era but serves a purpose in modern times for the protection of our property. However, if Malema is found guilty of inciting trespassing, does it mean that the lobby group will press charges against every group of people that have gone and built homes on vacant land?

The outcome of this case will, undoubtedly, set a bar for the impending land reform process that has been adopted into Parliament already.