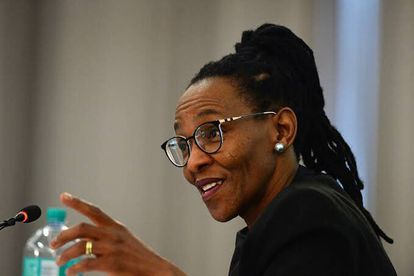 Judge Mandisa Maya has been appointed as the Deputy Chief Justice of the Constitutional Court. Photo: Presidency.

Judge Mandisa Maya has been appointed as the Deputy Chief Justice of the Constitutional Court. Photo: Presidency.

Madam Justice Mandisa Muriel Lindelwa Maya was finally appointed to the Constitutional Court by President Cyril Ramaphosa on Monday, 25 July. She is currently the President of the Supreme Court of Appeal and will take up her new position on 1 September.

On Monday, Ramaphosa appointed her to the position of DCJ in terms of Section 174(3) of the Constitution. When she takes office from 1 September, Judge Maya will become the first woman to hold the position.

“Justice Maya will contribute to the ongoing transformation process of the Judiciary. Her ascendency to the apex court will serve as a beacon of hope for scores of young women and make them believe that South Africa is a country of possibilities regardless of gender, social or economic circumstances,” said Ramaphosa.