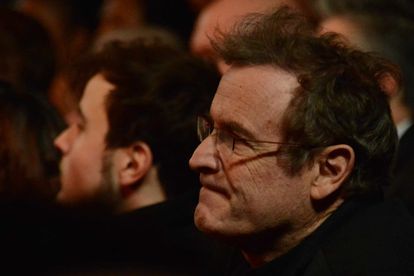 The legendary musician, dubbed the ‘White Zulu’, succumbed to the disease at his home in Johannesburg.

It is a loss that has been felt throughout the country. Clegg was an icon to many. He touched the lives of all who bore witness to his talents.

It appears, though, that the Mbaqanga singer was working on an autobiographical book shortly before his passing. Clegg has always been vocal about his plans after retirement.

He was 59 years old when he first started speaking publicly about his retirement plans. During a 2012 radio interview with 5FM host and DJ, Rob Forbes, he revealed that he had begun works on his autobiography.

Since then, the subject of the book on Clegg’s eventful life featured in many other interviews he has done before his passing.

It is not clear, at this point, how far he may have been with the book and it if is ever going to be published. We contacted his manager, Roddy Quin, to get more information on this.

Clegg’s upbringing alone is a great insight into what we could expect from the book if it is ever published. The 66-year-old was born in Bacup, near Rochdale in England.

After a fallout in his parents’ relationship — a British father and a Zimbabwean mother — he spent the first six years of his life in Zimbabwe.

He only moved to South Africa in 1960, after his mother married a journalist. He has also been exposed to life in Zambia where he lived for two years until he was 11 years old.

He may owe his exposure to the diverse cultures of South Africa to his stepfather, who was a crime reporter.

In his biography, it is noted that his stepfather would take him into the township where he learned about the other side to apartheid South Africa.

His love for music can be attributed to his mother, who was a cabaret and jazz singer. All of these different environments and experiences shaped Clegg into the musical icon we celebrate today.

Details of his memorial service and funeral have yet to be confirmed.