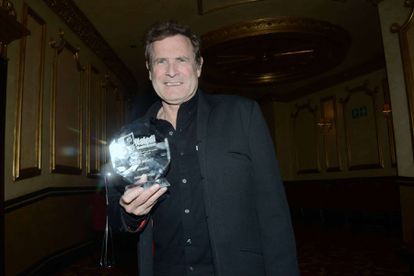 Renowned South African artist Johnny Clegg OBE passed away in his Johannesburg home on Tuesday 16 July, after a four-year battle with pancreatic cancer. His musical legacy is one of the greatest ever produced in Mzansi, and he also used his status to vehemently oppose the apartheid government during the eighties and nineties.

Amongst his many glorious achievements, Clegg won a Grammy in 1994 for the album Heat, Dust and Dreams made with the group Savuka. They were just the second South African act to be honoured at the prestigious awards.

Needless to say, the sorrow of the nation runs deep as the sun rises on Wednesday morning. Responsible for some of the classic anthems that have soundtracked the lives of so many South Africans, Clegg has gained universal acclaim and praise for his character as well as his talent – as reflected by SA’s main political parties.

Political reaction to the death of Johnny Clegg

The ANC issued a statement earlier, praising him as a brave musician with the ability to unite people from all walks of life. The party also stated that his loss was “a huge one” to the music fraternity of South Africa:

The ANC is saddened by the untimely passing of one of South Africa’s music legend Mr. Johnny Clegg. Mr. Clegg, 66, has not been well for sometime as he was diagnosed with pancreatic cancer in 2015. Mr. Clegg was known as the voice of transition in South Africa.#RIPJohnnyClegg pic.twitter.com/nhj2qgyLCs

Meanwhile, the DA also Tweeted their sincere condolences, saying that “our nation was honoured to have known your talent”. That was supplemented by a message from party spokesperson Solly Malatsi, who believes that the artist’s music will “live forever”.

“Indeed a giant has fallen – Johny Clegg was one of the few South African musicians whose music was able to unite people across cultural and racial backgrounds, as well as tie different generations together.”

“His contribution to the Struggle for a Democratic South Africa through song will always ring dearly in our hearts. Johnny Clegg may have played his last note but his music will live forever.”

I’m deeply saddened by the news of the passing of Johnny Clegg.

A true legend and one of our greatest ambassadors. He wrote our SA story when our country was at its worst and at its best.

I’d like to extend my heartfelt condolences to his family, may his soul rest in peace. ?? pic.twitter.com/m2WP8T8xqh

Tributes from the EFF and ATM

Elsewhere, the EFF shared their message via their official account, acknowledging the vital contribution Johnny Clegg has made to both the music industry and the political environment of the 1980s and 1990s:

The EFF sends its heartfelt condolences on the passing of award-winning legendary musician Johnny Clegg.

May his family be comforted and his soul rest in perfect peace. pic.twitter.com/OwKbBT3Wju

There was also a brief message shared by the African Transformation Movement, who gained their first two seats in Parliament this year. They wished his family well and hoped the singer would “rest in eternal peace”.