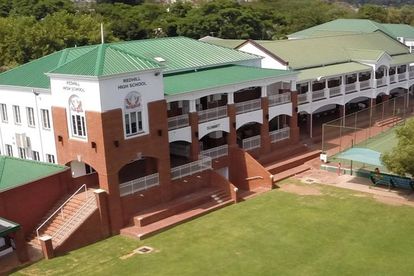 Redhill High School in Johannesburg has come under fire this week, after the private facility’s Executive Head sent out a message to parents about the ongoing Israel-Palestine conflict. Joseph Gerassi was hoping to calm tensions by insisting that students ‘must not discuss the issue at school’ – instead, he ended up creating a major controversy.

“For our best interests, I urge families to encourage their children not to discuss this issue at school, and learners must desist from bullying or ‘cancelling’ any other student on social media. Should this happen, we will have no choice but to follow the processes outlined in our Code of Conduct. I hope the Middle East crisis will be resolved soon.”

Why is talk of Israel-Palestine banned at Redhill School?

The communication has been shared like wildfire online, drawing some very uncompromising reactions. Many feel that Gerassi’s attempt to prevent ‘cancel culture’ has only served to shutdown and silence the voices of learners anyway. Media personality Eusebius McKaiser, meanwhile, argued that the Redhill School Head ‘shouldn’t even run a créche’:

How on earth is the best pedagogical response to divisive conflict to ban your students from talking about it? Use it as a learning moment to ROLE-MODEL, as staff, how to engage effectively. pic.twitter.com/ykvRdstmjv

Principal doubles down on contentious statement

Gerassi has since defended his reaction to what’s happening between Israel and Palestine, arguing that the dispute in the Middle East ‘must not come between’ this community in Johannesburg. He is mainly concerned with the spread of disinformation regarding the tumultuous situation, but his reasoning isn’t likely to win any of the critics over.

“Assumptions are being made on both sides [of the Israel-Palestine conflict], and social media posts are demonising both. This is a contentious and divisive issue, and given the circumstances, I feel I have an obligation to ensure that this bitter conflict does not tear us apart within the Redhill community.” Joseph Gerassi