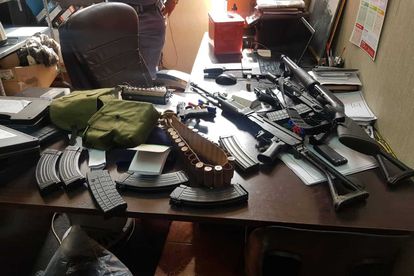 A coordinated effort by the Metropolitan Police Department (JMPD) and city saw a host of “Johannesburg raids” take place throughout the city on Wednesday. Officials in charge of maintaining law and order in the metro put on a massive show of force against the rioters who turned Jozi into a warzone last week.

Latest news from the Johannesburg raids

Mayor Herman Mashaba vowed to get even with the foreign nationals who attacked police officers and charged through the streets of the CBD on Thursday. For most of the afternoon, the city centre has been completely shut down. Sure enough, his office has taken a hands-on approach to the crackdown, which has yielded some eye-opening results.

Up to 30 undocumented foreign nationals have already been detained by the operation, as police aim to wrestle-back control from illegal traders and suspect vendors in Johannesburg. The raids have managed to turn up all sorts of illicit goods, as criminal operations were brought to a shuddering halt earlier in the day.

Johannesburg raids – what the cops found:

Perhaps not where we were expecting to start, but an extraordinary story has surfaced in Johannesburg as the raids got underway. Two suspects have been arrested for running a complex operation, stealing thousands of litres of diesel from the Metro Bus Wemmer Jubilee depot in Selby. They were amongst the first to get busted.

Entire shops have been ransacked on Wednesday afternoon, with everything from bootleg (not to be confused with boot-cut) jeans to pricey shirts being seized by the city. Boxes upon boxes of the hooky gear have been taken away from hideouts, striking a blow to the city’s criminal activity.

David Tembe is the JMPD Chief. Earlier in the day, he told the media that shoes going for R20 000 a pair have been marked down to R5 000 by these illegal traders. Many of the raids ended up digging up some high-end trainers and designer footwear options being flogged at 75% of their original asking price.

Lots and lots of illegal firearms

Material goods are bad enough on their own, but a raid on one office in the city centre has become the enduring image of the Johannesburg raids: A man has been arrested after his office was found to be storing dozens of assault weapons and illegal firearms – this will go a long way towards clamping down on crime.

Clothes, shoes, outfits, you name it. Binbags and parcels have been stuffed full of them…