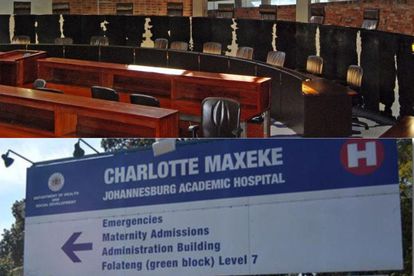 A Johannesburg mother had her application with the Constitutional Court dismissed after she blamed the staff of Charlotte Maxeke Johannesburg Academic Hospital for her son’s cerebral palsy. The ConCourt judged her matter was not a constitutional issue.

A WIN IN HIGH COURT BUT LOSS IN CONCOURT

Justice Steven Mathopo put pen to paper and in the ConCourt judgement broke down the facts of the case.

The child was diagnosed with cerebral palsy, according to Mathopo via the judgement, the medical condition is the result of a hypoxic-ischemic injury during birth.

The mother approached the ConCourt for leave to appeal the matter after the Supreme Court of Appeal set aside a ruling by the Gauteng High Court that the Health MEC was liable for damages arising from the child’s injuries due to the negligent conduct of hospital staff.

However, after deliberations, the ConCourt says the matter did was not a constitutional issue.

“Therefore, leave to appeal must be refused. Another difficulty facing her is the inconclusive and divergent expert evidence which is further compounded by the insufficient evidence and inadequate pleading of the down times,”

The ConCourt justices added via the judgment that the majority found that the mother’s application did not raise a constitutional matter.

JUSTICES REFUSE TO GRAPPLE OVER FACTS

The mother explained in her submissions that when she was meant to be taken to the operating theatre, it was already occupied due to a backlog with what she alleges doctors said were more pertinent cases.

It was the mother’s case that if a Caesarean section had been performed on her, her son might not have had cerebral palsy today.

ConCourt Justice Mothopo says the mother’s application was an invitation to discuss factual issues which did not warrant the apex court’s intervention.