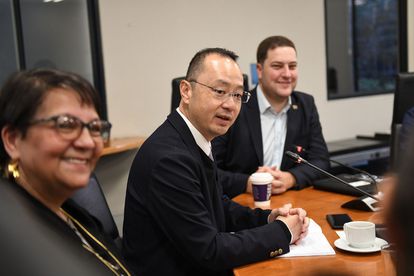 The City of Johannesburg and the City of Cape Town are working together to end their reliance on Eskom as a power source. Photo: @CityofCT / Twitter

The City of Johannesburg and the City of Cape Town are working together to end their reliance on Eskom as a power source. Photo: @CityofCT / Twitter

Officials from the City of Johannesburg and Cape town have come together in an effort to eliminate Eskom’s power over the various metros. Both Cape Town and Johannesburg are formulating strategies for achieving this goal.

Eskom implemented Stage 6 power cuts on Tuesday, 28 June. The utility has placed the responsibility for these power cuts on allegedly unlawful and unprotected labour action. They went on to report significant widespread disruption at the power plants as a result of the strike.

Residents of Cape Town will fortunately not suffer the severity of Stage 6 load shedding. The City plans to buffer residents from two stages of blackouts, essentially placing the metro on Stage 4.

Johannesburg plans to help Cape Town with its research and expertise

Measures and strategies designed to reduce the demand for electricity have been evaluated by officials of the City of Johannesburg and Cape Town. Johannesburg will lend Cape Town its research and expertise in regard to demand-side management.

Mayor of Cape Town Geordin Hill-Lewis stated that this week the metro saved the capacity of the Steenbras Hydroelectric Pumped Storage Dam by denying citizens relief from power cuts.

Hill-Lewis expressed that higher stages of power cuts could consequently have a negative impact on critical infrastructure.

“This devastating load shedding also just underscores how important it is that we pursue our project here of becoming load shedding free and greater independence from Eskom as fast as we possibly can,”

Eskom: NUM and NUMSA set the record straight on the wages ‘agreement’

On Tuesday, 28 June, for the first time in history, South Africans were subjected to Stage 6 rolling blackouts which are set to continue on Wednesday as well between 16:00 to 22:00.

Eskom said this is due to unlawful and unprotected labour action (which its workers embarked on over a week ago) which has caused widespread disruption to its power plants. Read the full story here.

Warning: Very COLD predicted this WEEK in parts of SA

Zuma backed by diamond dealer ‘with R100m frozen by the state’