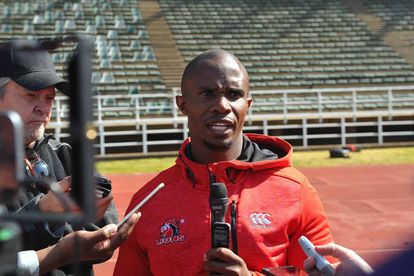 An Australian court has found Lions defence coach Joey Mongalo guilty of sexual assault, following an incident involving a 26-year-old woman at the Crowne Plaza Hotel in Sydney in May 2018.

He appeared at the Downing Centre Local Court in Sydney for sentencing on Wednesday, 17 April after he was found guilty five days prior.

The 33-year-old began trial in October 2018 after he had been accused of forcing the hotel staffer to touch him indecent during Australian leg of the Lions’ Super Rugby campaign.

How the defence coach went on the offensive in Sydney

During the trial, a friend of the victim told the court she had confided in her that Mongalo grabbed her hand and forced it towards his erect penis, while using his free hand to stick a finger inside her mouth.

The friend also said the woman was reluctant to report the incident at first, as the Lions were seen as a “big client”.

CCTV footage of the interaction between Mongalo and the victim, where she hands him a number the court later found out was fake on a piece of paper, was also played during the proceedings.

“She gave me her number on a piece of paper. That’s an indication there’s something going on there,” Mongalo told the court.

Mongalo began his coaching career with the Lions’ youth teams in 2011, taking over defence duties for the Under-19s and Under-21s before behind promoted to head coach at the former.

He had a short stint with the Junior Boks in 2016 before joining the Lions Super Rugby coaching staff in 2018.

Despite the cloud hanging over him, Mongalo had continued his duties as a member of the franchise’s coaching staff, and was involved in the 2019 Super Rugby campaign.

The Lions could not be reached at the time of publishing.