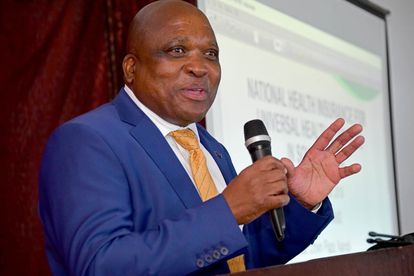 Minister of Health Joe Phaahla addressed journalists in parliament on Thursday, 28 April, where he brought to light the recourses needed to repair the health infrastructure damaged by the KZN flooding.

R190 million needed for four municipalities, according to Minister

According to Phaahla, close to R190 million is what his department needs to pay for the infrastructure damage.

Although core health services experienced minimal disruptions, there were a number of healthcare facilities that were affected by the flooding. 66 facilities were affected across four municipalities namely; eThekwini, Ugu district, Umgungundlovu and iLembe.

Phaahla stated that despite the impacted healthcare facilities, the department continues to provide healthcare services to negatively impacted communities. These services include helping those on chronic medication.

People are without water and schools are still damaged in KZN

Damage to infrastructure has limited the water access for certain communities, forcing them to rely on water tankers. Additionally, water to certain health facilities has been partially restored.

Schools have also faced infrastructure damage due to heavy rains and flooding. Approximately 62 schools in the KZN are inaccessible although operations to clean up and repair roads have been ongoing.

The disaster took the lives of 64 learners and an educator. This formed a portion of the 435 people who lost their lives. Around 54 people are still missing in KZN.

Mass funeral proposed by Councillor for 26 deceased in Nazareth

On Tuesday, 26 April, an eThekwini ward councillor called for a mass funeral. Bongani Ngubane asked the Department of Social Development to help arrange a mass funeral for the 26 people who died in the recent KZN floods.

The deceased resided in Nazareth, KZN, Ngubane stated that he would like for there to be one big funeral with a marquee tent to avoid protests from other areas in the ward.

“We would like to do a mass funeral: have one big funeral with a marquee tent because at this rate, we will end up having protests from the different areas in the ward [from people] who complain that I’m not visible to them,”