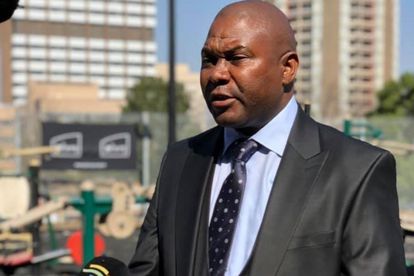 South Africans have expressed utter shock over the death of City of Johannesburg Mayor Jolidee Matongo.

Matongo was involved in a fatal car crash on Saturday evening, 18 September 2021 – just hours after he had been on the campaign trail for the African National Congress (ANC) in Soweto.

Part of the reason many are gobsmacked by the tragic news is that fact that Matongo’s passing comes just two months after his predecessor Geoff Makhubo succumbed to COVID-19-related complications.

He was appointed mayor on 10 August.

In addition to ordinary South Africans, prominent figures have also reacted to Matongo’s death, including President Cyril Ramaphosa, who was with him just hours before.

“It is hard to comprehend this tragedy, given the vitality and passion with which Mayor Matongo interacted with me and residents of Soweto so shortly before his death. Nothing could prepare any of us for this sudden loss, which has deprived our nation’s economic centre of its second Executive Mayor in two months,” he said.

Gauteng Premier David Makhura has praised the mayor for executing his duties with a cool and calm demeanour and serving the city.

“I spent more time with the mayor in the past week starting on Thursday, as we joined the police on operation O Kae Molao. We went on to engage with communities in Soweto, emphasising the importance of vaccinating as we continue to fight against the COVID-19 pandemic,” Makhura said in a statement.

Matongo has served as a member of the Johannesburg ANC’s regional executive committee for 18 years. During this period, he became head of media and communications, and was also elected as regional spokesperson for two consecutive terms. Prior to his election to the Joburg mayorship, he had been the city’s MMC for Finance.