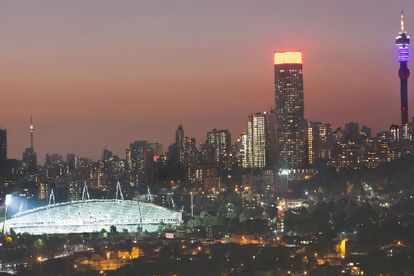 Gauteng Weather says the big stink that engulfed Joburg was blowing in from a neighbouring province that could linger until the weekend. Photo: Supplied/City of Johannesburg

Gauteng Weather says the big stink that engulfed Joburg was blowing in from a neighbouring province that could linger until the weekend. Photo: Supplied/City of Johannesburg

Residents of the City of Johannesburg have been smothered in a foul-smelling cloud that has many puzzled. However, officials assured citizens that they investigating the odour that could be in Joburg until the weekend.

FOUL SMELL IN JOBURG BEING INVESTIGATED

Municipal officials from Joburg are still investigating the foul odour that many residents complained that a smell akin to sulphur or rotten eggs lingered in the air.

The Joburg MMC for environment and infrastructure services Michael Sun says they are aware of and investigating the smell.

“I have already requested the officials in the environmental department to investigate the smell. It’s difficult to follow the smell so we ask that anybody with information on where it’s intense, can focus on the area,”

Sun says should the issue continue then drastic measures will be taken but the City of Joburg believes the source is coming from beyond the perimeters of the city.

The smell of rotten eggs is generally associated with hydrogen sulphide.

“We are continuing to monitor the situation for the past few days. There is an indication that the situation will improve in Joburg over the weekend but if it does not we will have to make that call to get everyone involved to come up with a solution,”

He says they need to still locate the source of the odorous smog.

BIG STINK COULD BE FROM MPUMALANGA

Gauteng Weather alerted Joburg residents that the foul stench is rolling in from Mpumalanga.

“Big stink returns to Gauteng due to winds blowing in from Mpumalanga. Unhealthy air quality for sensitive groups until Saturday,”

While the Joburg municipal staff investigate the cause of the smell, many residents as well as many local celebrities have also taken to social media to lament the horrid odour.