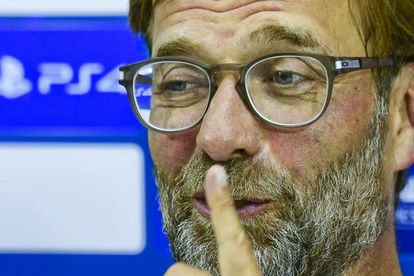 Joachim Loew announced on Tuesday that he will step down as Germany head coach in July, but discussions about who will replace the 61-year-old have long been underway.

Joachim Loew’s decision to quit after the European championships, which ends on July 11, gives the German football association (DFB) “the necessary time to calmly appoint a successor,” its president Fritz Keller said.

A look at five potential candidates:

The Bayern Munich boss is the logical choice having been Loew’s assistant coach when Germany won the 2014 World Cup.

The 56-year-old knows the German FA inside out, having spent three years as sports director from 2014 until 2017, before joining the coaching staff at Bayern two years later.

Despite having initially been appointed caretaker coach in November 2019, Flick’s reputation was boosted after he led Bayern to the Champions League title last season.

However, he has played down interest in German football’s top job.

“I know what it means to work at FC Bayern and see no reason to think about anything else,” he said.

READ | BONGANI ZUNGU IS TRENDING! AND THIS TIME FOR A GOOD REASON

The 62-year-old is the architect of RB Leipzig’s stunning rise from the fifth tier of German football.

“He is available. He is someone who can build something,” Matthaeus, 59, told Sky on Tuesday.

Rangnick ruled himself out of the running but he is currently out of work and open to new employment having most recently been head of soccer at Red Bull.

On paper, Rangnick has an impressive record but his reputation as a reformer could put him in potential conflict with Germany team director Oliver Bierhoff.

The vacancy has probably come too soon for the 33-year-old who is regarded as one of Germany’s brightest rising star coaches.

Nagelsmann is under contract at RB Leipzig until June 2023 and is building a reputation having already steered them to the Champions League semi-finals last season.

He has ruled himself out of contention, saying he is “excited to see who will follow in the footsteps” of Loew, but as the poster boy of German football, his name will be in the mix.

The 58-year-old is head coach of the national Under-21 side and highly regarded by the German FA.

According to Loew, Kuntz does “excellent work” and has “a very good approach to the team”.

However, there are concerns Kuntz lacks the necessary experience to manage Germany’s star players.

Liverpool manager Jurgen Klopp would be the dream choice for most German fans and the DFB’s top brass.

But the 53-year-old who led Liverpool to their first Premier League title for 30 years almost immediately said he was not interested in replacing Loew at the moment.

“I have three years left at Liverpool, that’s a simple statement, a simple situation,” he said at a press conference. “You sign a contract and you normally try to stick to that contract don’t you?”

His time might still come. World Cup winner Rudi Voeller said recently that Klopp was “one of the few coaches who can decide for themselves when they want to become national coach”.