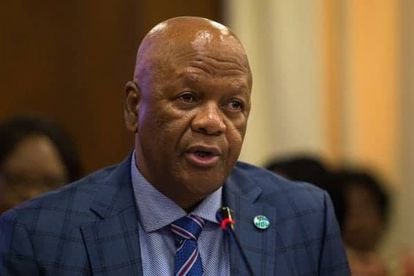 Jeff Radebe, chairperson of the Interministerial Committee (IMC), said that a deal for the South African Post Office to take over the social grant payment system will be done by Friday.

Jeff Radebe, chairperson of the Interministerial Committee (IMC), said that a deal for the South African Post Office to take over the social grant payment system will be done by Friday.

Should anything happen in the country, at this very moment, it would fall into the hands of Jeff Radebe, who, on Monday, has been appointed at the acting President of South Africa.

Yes, believe it or not, we have a new head of state at the helm. Radebe, who, on a permanent basis, is the Minister of Energy, has been asked to fill the boots of President Cyril Ramaphosa, who is currently on a working visit in Mozambique.

Read – Jeff Radebe: those responsible for VBS collapse must be held to account

The Presidency revealed in a statement that was issued on Monday that Radebe would be taking on the caretaker responsibilities of looking after the country in Ramaphosa’s absence.

“President Ramaphosa has arrived in Maputo, in the Republic of Mozambique, where he will meet his counterpart President Filipe Nyusi to discuss bilateral, regional and global issues of mutual concern.

“The President, who is accompanied by the Ministers of Defence, Police and State Security, is expected in South Africa this afternoon.

Where is David Mabuza?

Normally, the responsibility of watching over a nation as volatile as South Africa would fall in the lap of the deputy president, in this case, that being David Mabuza.

However, we have a feeling that many people would agree that we are glad that he too is on a working visit to Ethiopia as part of Ramaphosa’s special envoy to South Sudan.

It will be a while before Mabuza returns home as he plays a crucial part in overseeing the transition of South Sudan, and of course, there are other vested interests South Africa has in the country.

Therefore, for at least a day, all matters related to the well being of South Africa have been left in his hands.